​
​​The eruption of Mt Tambora disrupted the Earths weather system for two years
and has made a geological impact on the entire world. 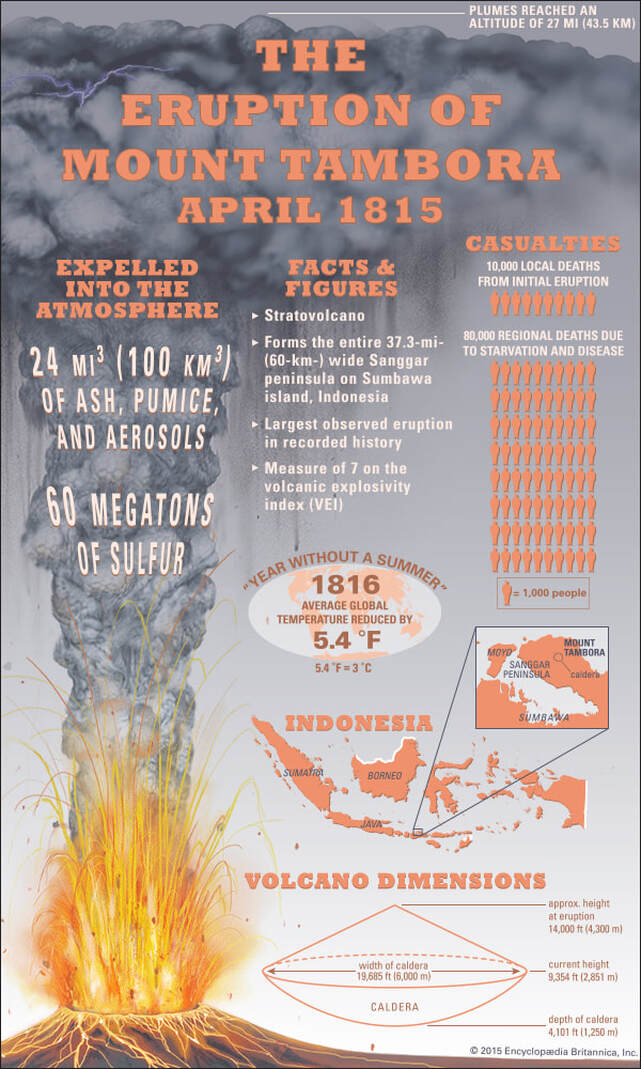 After the eruption of 1815 roughly one third of Mt Tambora was gone and a cataclysmic amount of volcanic debris was ejected into the atmosphere. The giant cloud of sulfur escaping the volcano was pulled west along the equator by jet streams and strong trade winds, and soon the sulfur cloud covered a majority of the Earth. Temperatures dropped all over the globe due to the massive amount of aerosols released into the atmosphere, reflecting the suns rays back into space and preventing much of the suns heat from reaching the Earths surface. This means places along the equator have longer dry spells in the monsoon seasons, leading to stronger storms and longer rains. In India at The Bay of Bengal, for example, the dry and monsoon season was severally disrupted from 1816 onwards according to Dr. James Jamesons weather records from the time. These disruptions to the water cycle caused by the increase of sulfur in the atmosphere contributed to a global drought and caused massive crop failure worldwide. Geologically speaking the high concentration of sulfur is still evident along the shores of the the Indonesian Islands and in glacial records found on both poles.
https://www.smithsonianmag.com/history/blast-from-the-past-65102374/

​After the eruption the geological record shows a global drop in temperatures and a drastic change in the weather patterns all over the globe. But the locals living on the sides of Mt Tambora were the most impacted, as 10,000 died almost instantly as pyroclastic flows devastated everything in their path while flowing down the sides of the mountain at over 100 miles an hour.
​
"Throughout the region, ash rained down for weeks. Houses hundreds of miles from the mountain collapsed under the debris. Sources of fresh water, always scarce, became contaminated. Crops and forests died. All told, it was the deadliest eruption in history, killing an estimated 90,000 people on Sumbawa and neighboring Lombok, most of them by starvation. The major eruptions ended in mid-July, but Tambora’s ejecta would have profound, enduring effects. Great quantities of sulfurous gas from the volcano mixed with water vapor in the air. Propelled by stratospheric winds, a haze of sulfuric acid aerosol, ash and dust circled the earth and blocked sunlight."
Read more: https://www.smithsonianmag.com/history/blast-from-the-past-65102374/#gXK3OOQR6SXUHeBv.99 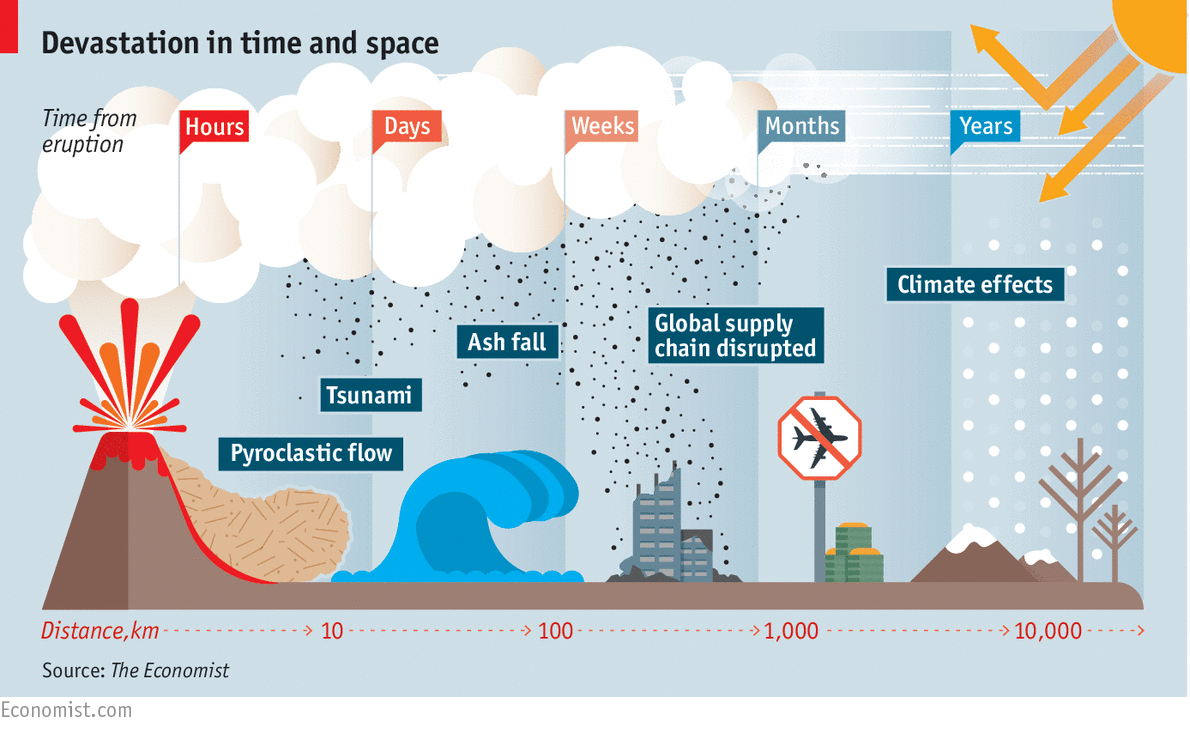 As shown above the eruption of Mt. Tambora was impactful to more than just the local population, the eruption had far reaching affects in both weather patterns and the global food supply chain. 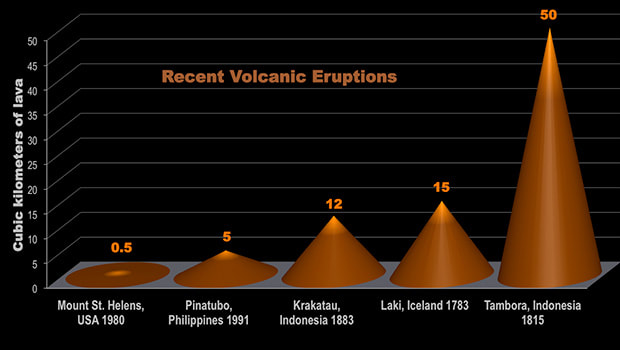 "The pumice flows engulfed the Sanggar peninsula and crossed the sea, reaching the small island of Moyo due west of the volcano. Tsunami were generated as pyroclastic flows punched into the sea, and were observed in many places on the night of the 10/11 April. The waves reached a peak height of 4 m at Sanggar around 22:00 h, inundating the shore..."
​
Oppenheimer, C. 2003, Climatic, environmental and human consequences of the largest known historic eruption: Tambora volcano (Indonesia) 1815, Department of Geography, University of Cambridge, Downing Place, Cambridge, CB2 3EN, UK 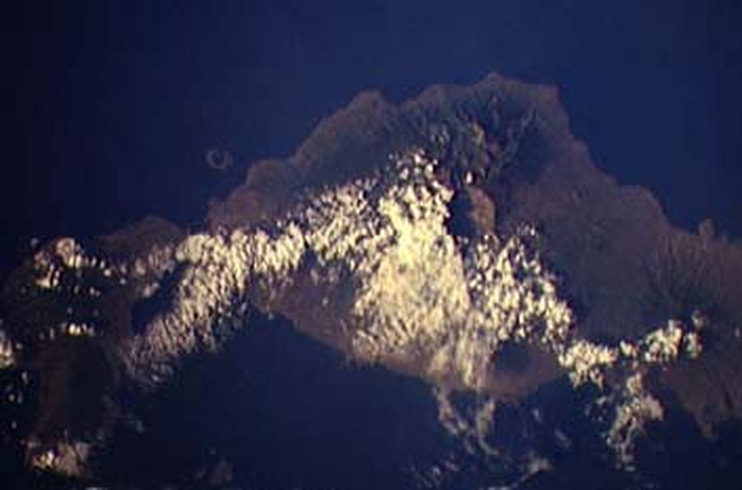